The three days celebration of FAS Pilot Academy, which took place at Megara Airport and also the reception at the conference center “Le Mirage” at Megara as well, were completed with great success.

During the weekend of October 30th & 31st  a large number of friends and people who have a great interest  about aviation attended our premises where they had the chance to be part of a warm and friendly environment and taste homemade treats while being informed about the Aviation training and the General Aviation. As part of the two days open event to the public they had the opportunity to perform familiarization flights and admire a painting exhibition with subject the Aviation and the 20 years experience of FAS Pilot Academy in the Aviation field.

On Monday evening, November 1st, guests and representatives of the aviation field, enjoyed the reception, during which dinner was served, with special flavors from the Chef of Le Mirage event center and enjoyed the music by the aviator and friend, Kostas Makedonas.

The host and owner of FAS PILOT ACADEMY Mr. Fanourakis Stylianos, after analyzing the rising course and development of the Academy in all its stages he concluded by mentioning some of the company’s achievement such us the cooperation with the Aegean Airlines for the training of co pilots through the training program of the ATPL Theoretical Knowledge Course, the cooperation with the Institution of professional operators (SEHOA) for training students for ATPL Integrated Course, the cooperation with RAI (Riga Aeronautical Institute ) for the ATPL Modular Course. More than 1000 pilots all over the world have graduate from FAS PILOT ACADEMY and now are working with big airlines.

Additionally Mr. Fanourakis talked about the scholarship programs that the Academy provided during the last 2 years to 24 applicants in order to obtain the commercial pilot license, as a financial support to covid pandemic, from his own capitals. As being an airline organization as well, he had also to narrate the social contribution of the organization with free transportation for patients and the urgent transportation of cancer patients, through the Rhodes Lion club, from Rhodes to Athens. Additionally has organized and provided educational seminars of business orientation in Rhodes Island and in Athens at Stavros Niarchos Foundation Cultural Center.

At the end of his speech Mr. Fanourakis stated: “We have been working non stop for 20 consecutive years and we continue, because we have a vision and a plan to implement! My speech also contains messages, that worth to be interpreted and analyzed, which are important for all of us in this room and beyond this room since as I have already stated, we are active members of the society and members of the general aviation. As such a member of our society, I have the obligation to propose anything that seems useful, in order to encourage all of us to have an active participation role with every legal action, aimed at developing and improving the wealth-producing forces of our country! Therefore our organization through this path and allow me to use the expression “as a guinea pig” by being the leader of many actions for the general aviation, conveys in addition to its achievements and the experiences of a lifetime and carries also all the issues and solutions, which come together, but most of all has the obligation to suggest new methods and ways. Consequently from this podium please allow me to express those three suggestions…

• It is necessary also, the recording and evaluation of all the infrastructures that the country has, and please allow me to say that there are a lot, and shall be used for the benefit of general aviation.

• It is necessary to substantially, scientifically, thoroughly re-evaluate all the constraints that bind and hold back the general aviation, and under the light of this development, the creation of a NEW institutional framework in which the General Aviation can have the position it deserves, as a wealth producing power and at the same time as a big part of country’s tourism and educational industry!

I think it is time, taking into account the efforts of the new administration of the Hellenic Civil Aviation Authority, but also of the Ministry of Infrastructure and Transport, at a time when other countries are exploring new ways of managing air traffic, new means of transport, such as electric planes and drone airplanes, for us to see the new dimensions and not remain stuck in the difficulties of managing the old ones.

Driven by passion, I skipped to explain in details something that I have mentioned so many times so far in my speech. The term for General Aviation. Let me make a brief description of this term: General Aviation are all those civil aviation activities which are of a private nature, for the purpose of tourism, leisure, air sports and aviation training and are NOT the scheduled flights and mass flights passenger and cargo transport as well as aircraft applications

The speech of Mr. Ioannis Stavlas, Vice President of the Hellenic Aviation Association, followed who developed the theory of general aviation and gave us information on how general aviation can be used as an alternative mean of tourism, taking advantage of all the existing infrastructure and natural environment and wonderful good weather.

After Mr. Stavlas speech took place the awarding of the first winners of the scholarships prizes of the year 2020 and 2021, with the awarding of commemorative plaques to the first winners of the scholarships’ contest Mr. Kakosaios Nikodimos and Mr. Stamatopoulos Filippos by honorary guests, who stepped up on the podium and mentioned the following:

• The Deputy Minister of Culture and Sports, Mr. Avgenakis Eleftherios stated : "Air sports is an important branch of sports in our country and can be included in tourism programs, as an alternative form of tourism. The Ministry and the General Secretariat of Sports are about to show their first achievements. On Thursday we inaugurate the model track in Thrakomakedones”

• The Vise president of the parliament and also member of the parliament representing the west Attica Mr.  Bouras Athanasios stated: “I congratulate FAS for its twenty years career in aviation, and I assure you that as a politician in the area of Attica, I will support such efforts, especially in terms of their development and the improvement the conditions in the Megara area, to support and develop the General Air Force.”

• The Dean of the parliament and also member of the parliament representing Dodecanese Mr. Ipsilantis Vassileios stated: “This celebration of the twenty years of FAS should have taken place in Rhodes at this time where all began. I congratulate the efforts of my dear friend Mr. Fanourakis. The state and I personally, from my position, will always support everything that has to do with the development of the General Aviation. "My participation was essential, as was also the participation of the Commander of the Civil Aviation Service, Mr. Dritsakou Georgiou, in the organization of the pre-tour of 13 private planes in Kastelorizo."

• The Member of Parliament for Lefkada, Mr. Kavvadas Athanasios: “Coming from the field of our Air Force, my dear friend Stelios and I, Mr. Fanourakis, were nurtured in a spirit of discipline and love for the homeland and the air force. I congratulate Mr. Fanourakis for his success and from my position; I will support every effort fregarding the development of aviation. "

The evening ended with the excellent music of my dear friend, artist and aviator, Kostas Makedonas and his collaborators. 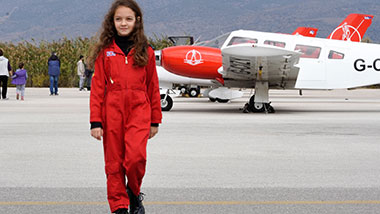 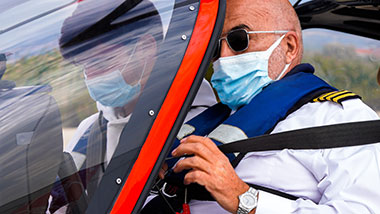 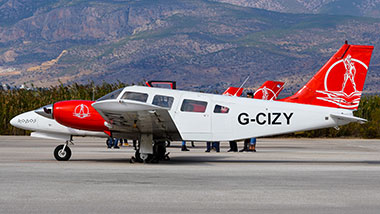 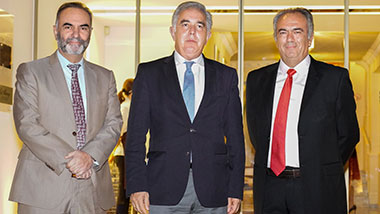 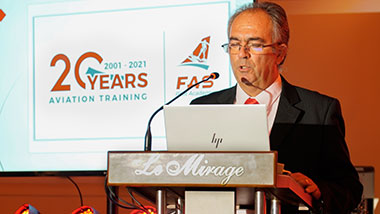 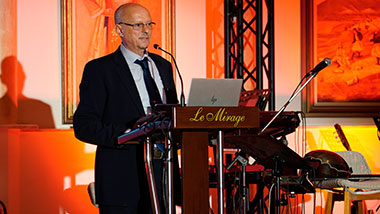 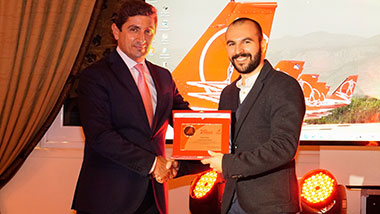 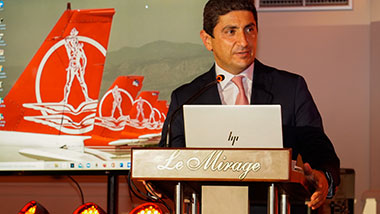 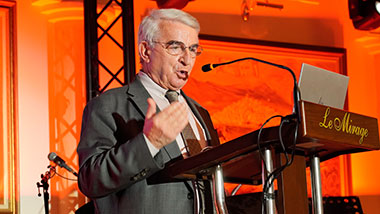 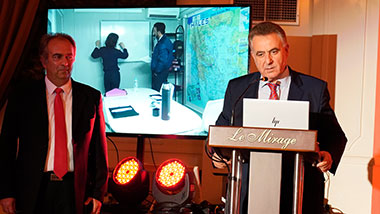 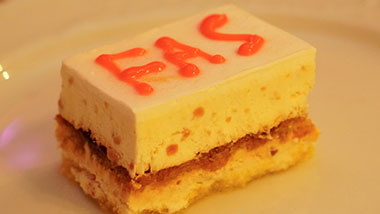 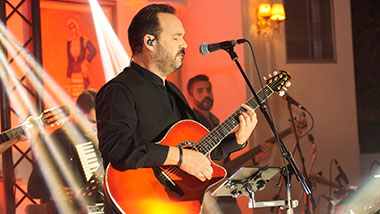 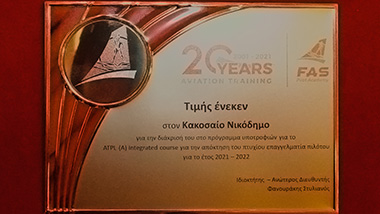 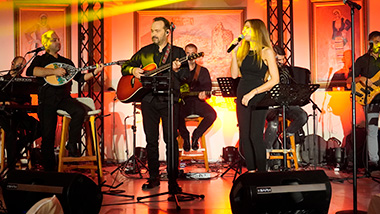 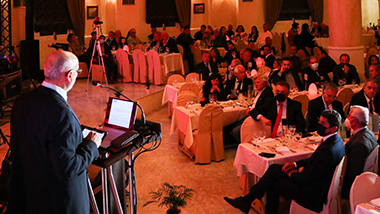 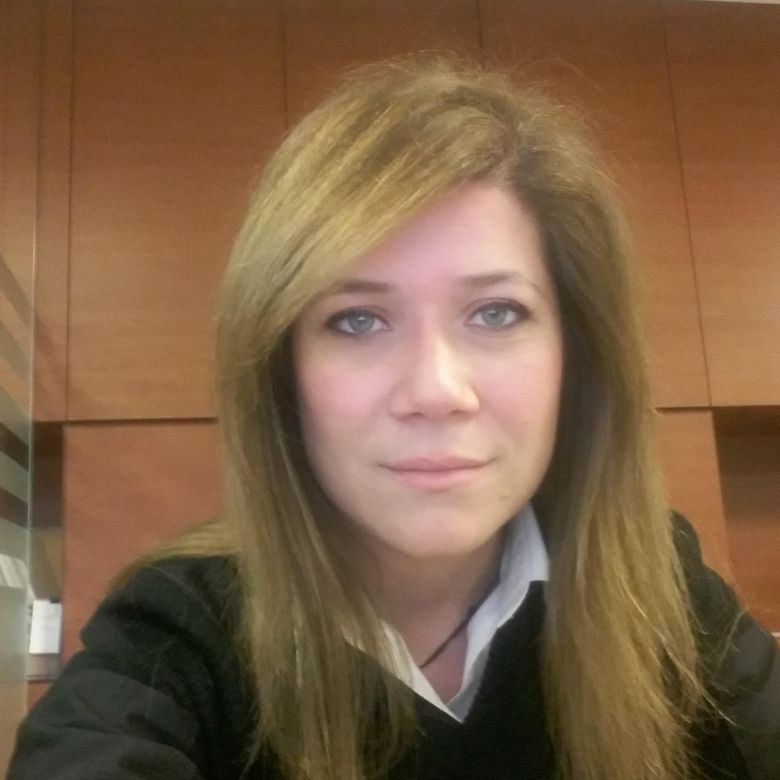 Vivian is a graduate of the American College in Greece and University of Sheffield M.Sc. holder. Vivian has been working in the aviation field for the last 8 years starting as Flight Training Operation (FTO) Manager. The last 2 years she is part of FAS Pilot Academy as Commercial Manager.

FAS Pilot Academy operates according to the laws and regulations of the European Union (EASA) and the Hellenic Civil Aviation Authority.

FAS Pilot Academy applies a Quality Management System in line with
EN ISO 9001:2008 Standard for the scope of the
Provision of Training Services of Professional Pilots of Aircrafts.