We have been working with passion for 20 years and we will continue to work with the same passion and dedication to aviation training.

With the spirit of aviation and a strong background from the Hellenic Air Force, Fanourakis Brothers organized and it was certified as a professional pilot school on October 31, 2001 under the name FANOURAKIS AVIATION SERVICES RHODOS PILOTS ACACDEMY.

In November of 2008 it was certified as a small air carrier with certification number AOC-GR-032, introducing to the market a new service, unique even today, the transport of passengers by small planes, especially on tourist and leisure flights based in Rhodes.

In April of 2017 the company due to changing circumstances, further growth and also due the increase of the demand for profesional pilots training was expanded and moved permanently to Athens, creating new facilities in Markopoulo, Attica near Athens International Airport, while renovating and reorganizing its facilities in Megara where it carries out its activities.

In August of 2020, while owning 5 aircraft, a modern brand new fully equipped Alsim Simulator ALX, is purchased and installed at ground school facilities.

Today, FAS Pilot Academy is proud to have in its history the collaboration with companies such as AEGEAN Airlines for the training of its First Officers, SEHOA (School of Professional Pilots of Olympic Aviation) and RAI (Riga Aeronautical Institute) for the training of their student pilots. More than thousand candidates from all over the world have successfully graduated from our academy and are now distinguished pilots in airlines worldwide.

In addition, FAS Pilot Academy has been awarding scholarships for two consecutive years to 24 young candidates, for their training as professional pilots without any support from the state or any other organization.

We have been working with passion for 20 years and we will continue to work with the same passion and dedication to aviation training.

One of the first promotional videos of the Academy when its headquarters were still in Diagoras Rhodes Airport.

Some photos from the past... 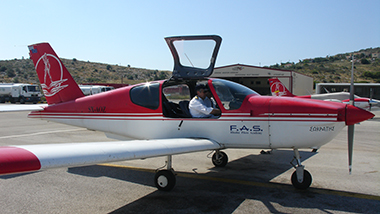 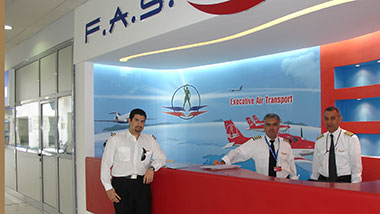 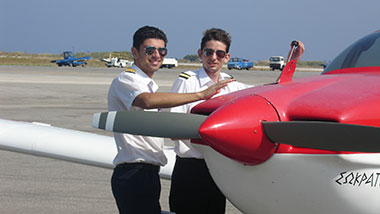